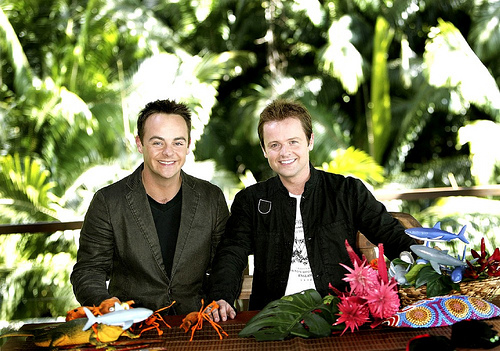 Top Katz who are always ready to rumble.  Made their name in Byker Grove playing PJ & Duncan & then had a brief pop career before going onto become successful TV presenters. Both born in Newcastle in 1975.

England & Newcastle United footballer. Born in Newcastle in 1961 Peter Beardsley  was actually signed to NUFC on 3 separate ocassions and was awarded an MBE for services to football in 1995.

Singer/Songwriter with The Animals who had hits with songs such as Don't Let Me Be Misunderstood & the House of the Rising Sun, Eric Burdon was voted 57th in Rolling Stone's 100 Greatest Singers of all time.  Now a solo artist he was born in Walker, 1941. 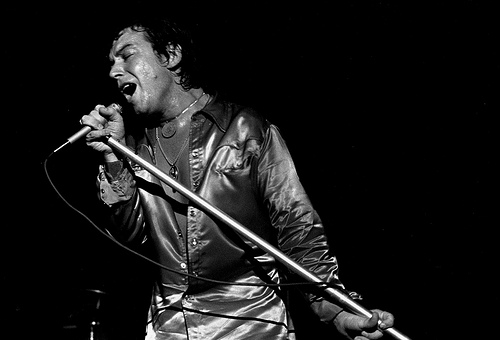 Bass player with The Animals but also manager of Jimi Hendrix & Slade.  He was also a driving force behind what is now the Metro Radio Arena in Newcastle.  Born in Heaton, Newcastle upon Tyne, 1938.

Having achieved fame through one of the early reality tv shows Popstars The Rivals by being 1/5th of Girls Aloud, Cheryl is now a solo singer & a face of L'Oreal. Born in Newcastle in 1983, she grew up in Walker.

Alumni of Byker Grove, Coronation Street and EastEnders. Winner of an Olivier Award for her role in Legally Blonde, Jill was also the recipient of the first ever perfect score of 40 on Strictly Come Dancing.  Born in 1975, she was born and grew up in Gateshead.

Playwright and screenwriter, born in Newcastle in 1966. Best known for Billy Elliot. Borrow the DVD from the STC on Level 2.

Actress famous for playing Val in Emmerdale since 2004.  A Byker Grove alumni, she has also worked estensively with Live Theatre based on the Newcastle Quayside

Actor famous for playing Dennis in Auf Wiedersehen Pet & more recently Les/Lesley in Benidorm.  He was born in Benwall in 1952 and often hosts the Sunday for Sammy Concerts held at Newcastle City Hall.

Writer known for his work with Dick Clement on shows such as The Likely Lads, Porridge & Auf Wiedersehen Pet as well as films such as The Commitments.  Both La Frenias & Clement were awarded OBEs for their work. Born Monkseaton, 1936.

Hank Marvin, born Brian Robson Rankin, is best known as the lead guitarist for the Shadows, the backing band for Cliff Richard. Born in Newcastle upon Tyne, 1941.

Actor/Singer best known for Auf Wiedersehen Pet, Spender & singing about Crocodile Shoes.  He was also features briefly in Evita along with Madonna. Born Longbenton in 1954.

Actress in films & television. Has a varied CV ranging from Hot Fuzz to Hancock's Half Hour and Doctor Who to Dinnerladies. Born in Newcastle, 1935.

Director/Producer and younger brother of Ridley. Notable works include Top Gun, Days of Thunder & True Romance. Born in North Shields in 1944, he actually starred in his brother Ridley's first film.  Enemy of the State is available from the Robinson Library.

First & foremost a footballer but also a manager, & TV Pundit.  Newcastle United paid £15million for him in 1996 making him the world's most expensive footballer at the time. Born in Gosforth, 1970.

Born Gordon Sumner, Sting is a singer/songwriter who became famous as a member of The Police.  Now a solo artist, Sting reportedly got his nickname due to a black & yellow striped jumper he used to wear.  He was born in Wallsend in 1951. 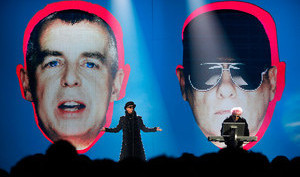 Musician, singer/songwriter & wearer of 'interesting outfits'.  Neil Tennant makes up one half of the Pet Shop Boys. Born in Gosforth, 1954.

Born in Newcastle in 1967, the Wilson twins are video artists who work together as a duo.  Their exhibition "Gamma" was nominated in 1999 for the Turner Prize. 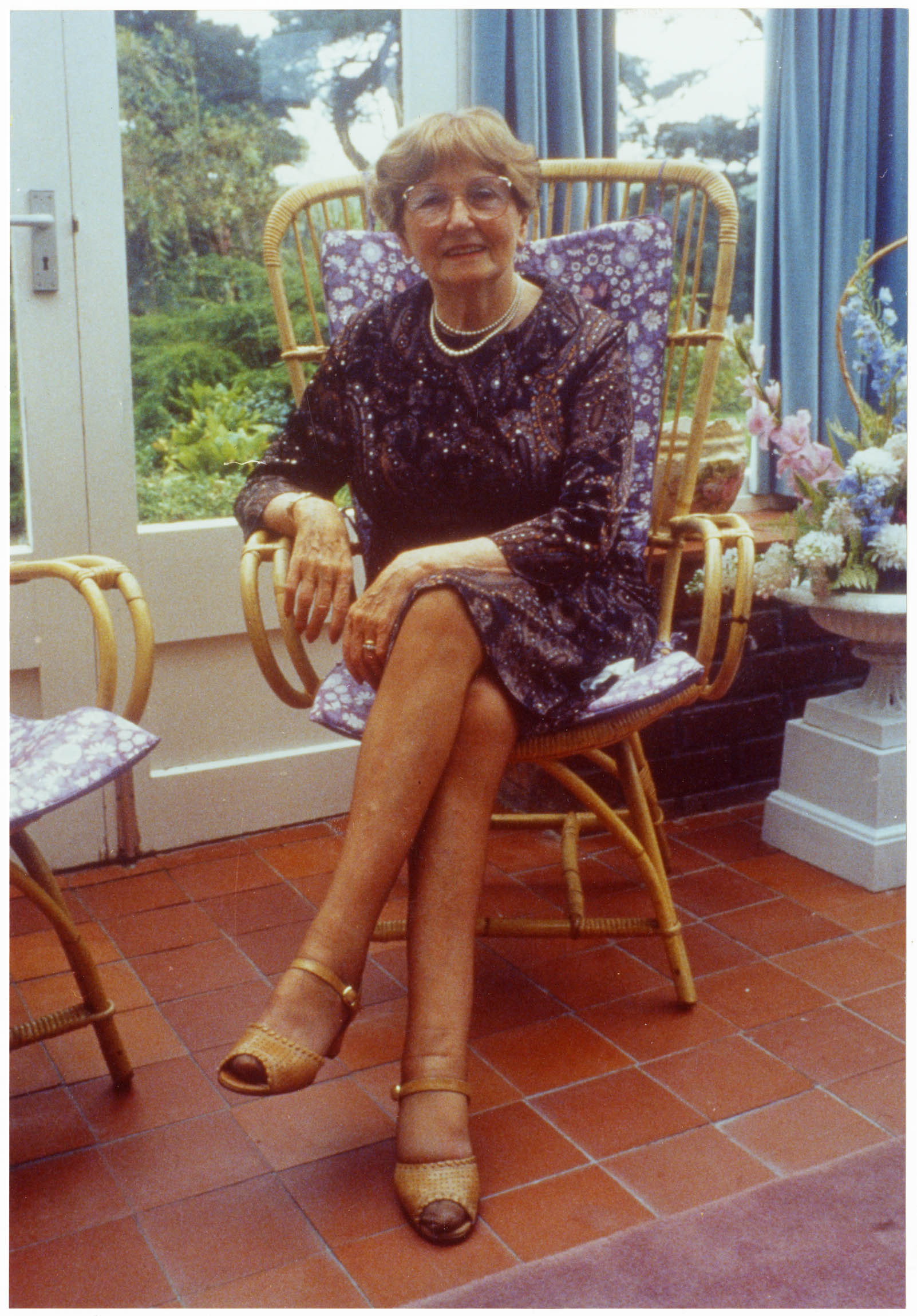 One of Britain's most widely read novelists, Catherine Cookson's work was set in her native South Tyneside.  Her work has been translated into numerous languages & many of her books have been made into TV shows. The Robinson Library's Special Collections has a small collection of her papers.  Born Tyne Dock, Tyne & Wear 1906. 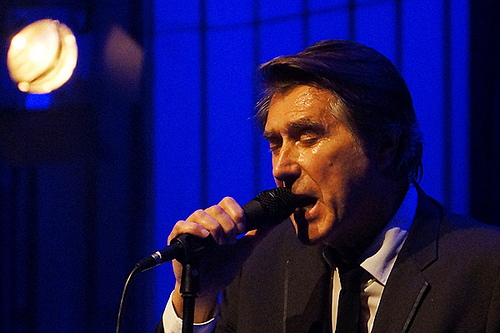 English International & club footballer who has also played in Italy, USA & China throughout his varied career. His tearful face was one of the iconic images of Italia 90 when he was booked for a second time in the semi-final. Born in Dunston, 1967. 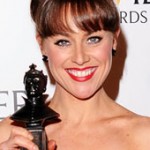 Olivier award winner Jill Halfpenny is from Gateshead, and was one of the original Byker Grove lasses.  Actress/singer/dancer she won the second series of Strictly Come Dancing, scoring the first perfect 40 from the judges for her jive.  She recently narrated the amazing Great North Run Million finish ceremony on the Newcastle/Gateshead quayside which you can see online for FREE.

Comedian/actor/singer/writer always ready to look on the bright side of life.  Born in South Shields in 1943, Eric Idle was famously a member of Monty Python... Nudge, nudge. Wink, wink. Say no more, say no more... 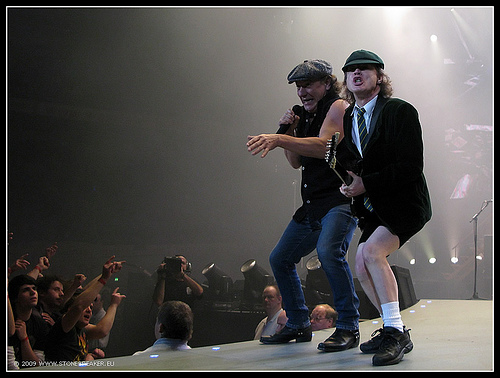 Winner of the if.comedy Best Newcomer Award for her debut solo show Sarah Millican’s Not Nice at the Edinburgh Festival Fringe in 2008. Sarah has since become one of the best known stand up comedians in the country. Born in South Shields in 1975. 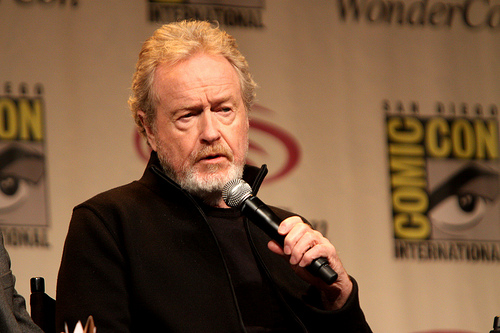 Director/Producer. Notable works include Blade Runner, Alien & the Hovis adverts ("'e were a great baker were our dad."). Born South Shields, 1937. We have a selection of his films in the Robinson Library including Prometheus, Thelma & Louise & Black Hawk Down.

Comedian known as the 'Little Waster'.  An actor originally, Bobby Thompson found fame as a comic although he may not have been understood much outside of the North East.  Although widely regarded as a 'Geordie comic' he was actually born in Penshaw in 1911 but we're prepared to overlook that on this occasion.

Conductor and orchestra founder.  Born in Gateshead in 1972, John made his name by painstakingly arranging and orchestrating film musicals from the golden age of Hollywood.  Many of these classics had had no surviving score so John worked by watching and rewatching the original mvies.  A regular and popular performer at the BBC Proms and Sage Gateshead 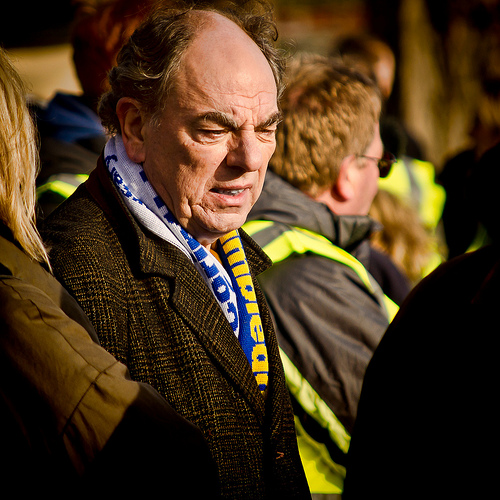 Actor in films, television & musicals including Get Carter, Our Friends in the North & Les Misérables - trust us, you're bound to have seen him in something. Born Annfield Plain, County Durham, 1946. 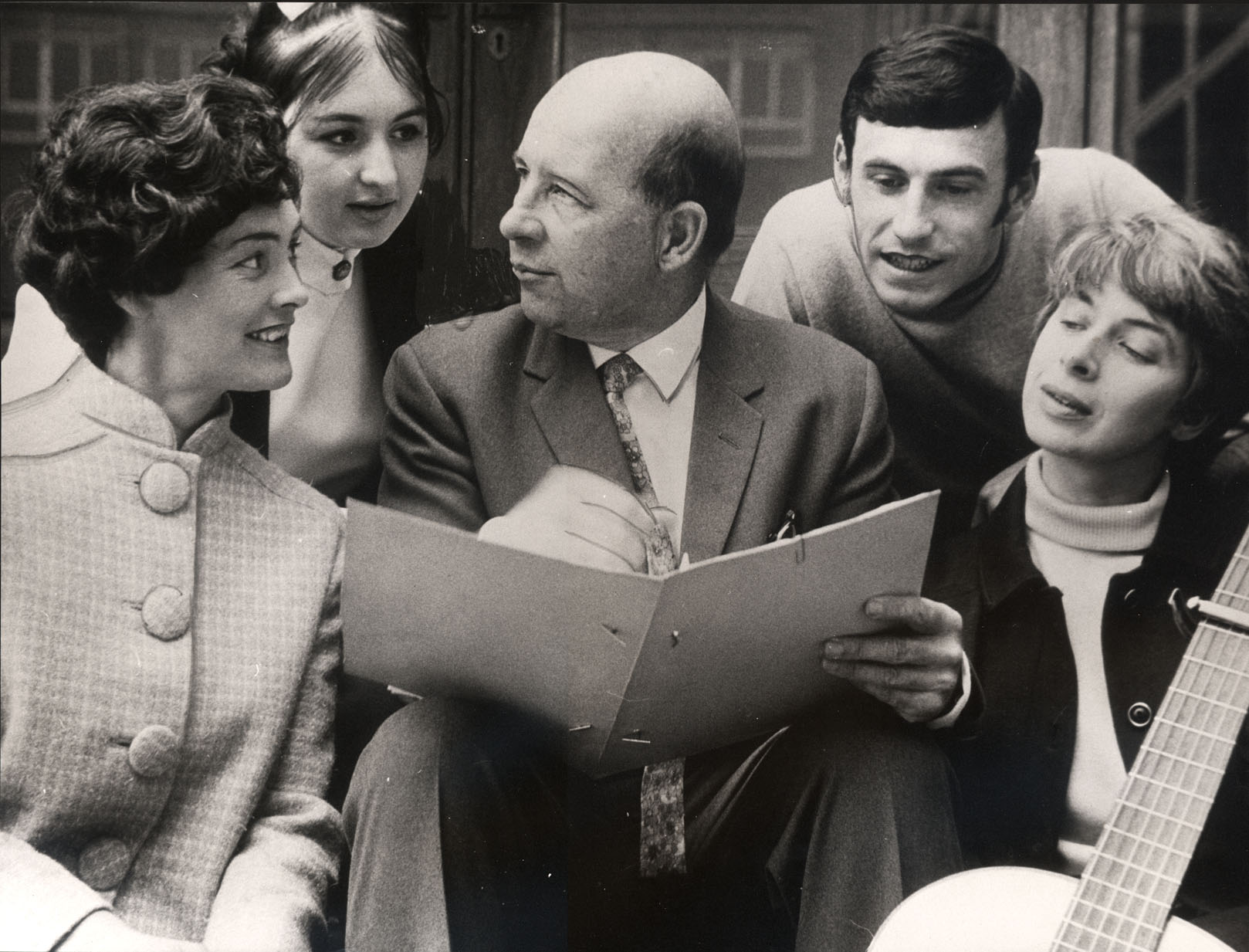 Writer, born 1916 in Shildon, Co. Durham. Special Collections hold the Chaplin Papers covering the years 1930-1990 and relate to his writing career and other involvements throughout his life. 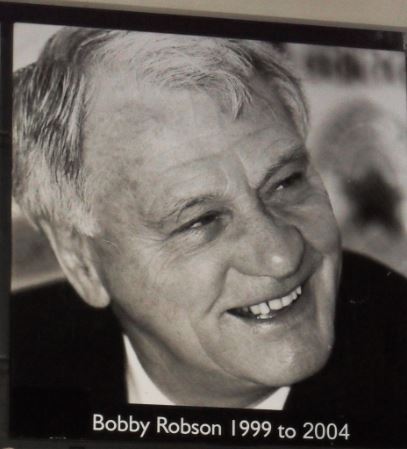 Ex-England and Newcastle United football manager. Born in County Durham, 1933, he played as a professional footballer in the 1950s & 1960s. Received an honourary Doctorate of Civil law from newcastle University in 2003, this is the highest honour we can bestow. His legacy lives on in the City and University through The Sir Bobby Robson Foundation which works with scientists at Newcastle University to help develop cancer treatments.

Legendary news correspondent and alumni of Newcastle University, (her degree is in Scandinavian Studies).  Born in Northumberland in 1945, Kate grew up in nearby Sunderland.  Known for her front line reports from the worlds trouble spots, British soldiers joke that if she is sent to their posting they know they're in real trouble.  A sculpture of Kate can be seen in the Herschel building.

Footballer & younger brother of Jack. Born in Ashington, 1937, he made his name playing for Manchester United whom he now sits on the Board of Directors for.  He survived the Munich Air Disaster & helped England win the World Cup in 1966.

Footballer & Ex-manager of Newcastle United & the Republic of Ireland Football Team. (Brother of Bobby). Born in Ashington,1935, along with his brother,  he was on the English team who won the 1966 World Cup.

Footballer, born 1924 in Ashington, Northumberland. Known as Wor Jackie & cousin to the Charlton brothers. To this day his name is synonymous with that of Newcastle United. 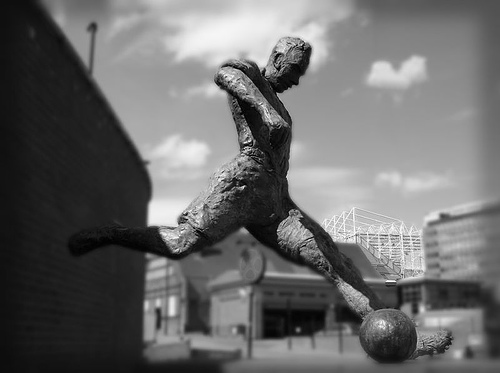 Actor whose most memorable TV roles were in Auf Wiedersehen Pet, Inspector Morse and Lewis. He has also appeared in The English Patient. Born Hexham,1951.

Triple Jump World Record holder and Olympic, World, Commonwealth & European champion. Born in Windsor, 1966 he is now a TV presenter & commentator.  He was part of the London Organising Committee of the Olympic and Paralympic Games for London 2012. 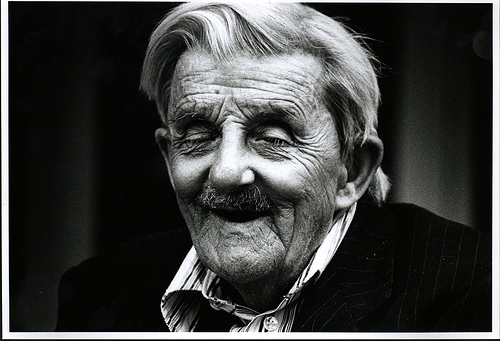 Amateur photographer celebrated for his portrayal of  working class communities on Tyneside.  We have some of his work in the Robinson Library. Born South Wales, 1913.

First poet to hold the Northern Arts Fellowship. Born Yorkshire 1937. Lives in Newcastle upon Tyne. You can find a selection of his work at 821.914 HAR in the Robinson Library.

Footballer & ex-manager. Played for Newcastle United in the Eighties and then returned to manage the team in the Nineties.  Sported one of the classic footballer hairstyles of the Seventies. Born Doncaster, 1951. 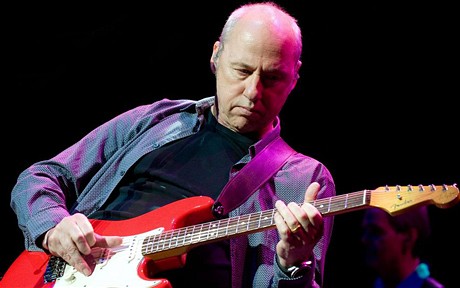 Singer/Songwriter & lead singer with Dire Straits. Born Glasgow, 1949 but grew up in Blyth.  As well as Dire Straits and his solo career, Mark Knopfler has produced various film scores including Local Hero and Wag the Dog.

Photographer, born in Finland in 1948.  Best known for seminal project "Byker" which is a photographic account (began in 1969) of the Newcastle community during the bulldozing of terraced streets to make way for the Byker Wall.

English international and club footballer who was born in Fulham in 1950.  He played for Newcastle in the Seventies  & was nicknamed 'Super Mac'.  After his football career was over, he managed Huddersfield Town & Fulham before a career in the media beckoned.