This exhibition was prompted by Oxford University’s two-year project, Reading Euclid, which seeks to explore the early modern reception of Euclid’s Elements of Geometry through educational, editorial and reader practices.

The Elements of Geometry are 13 books of definitions, axioms or postulates (things we take for granted as truths) and proven propositions or theorems (the logical consequences of axioms) which together form the definitive mathematical treatise on geometry. The Elements is not just important in the history of maths education: for almost 2,000 years maths was geometry. Scientists like Galileo Galilei and Isaac Newton applied knowledge of the Elements to their work and its influences can be seen all around us, in astronomy, surveying, architecture, art and even computer graphics.

See below a selection of the items on show at the exhibition in the Marjorie Robinson Library, all of which are from Newcastle University Library's Special Collections 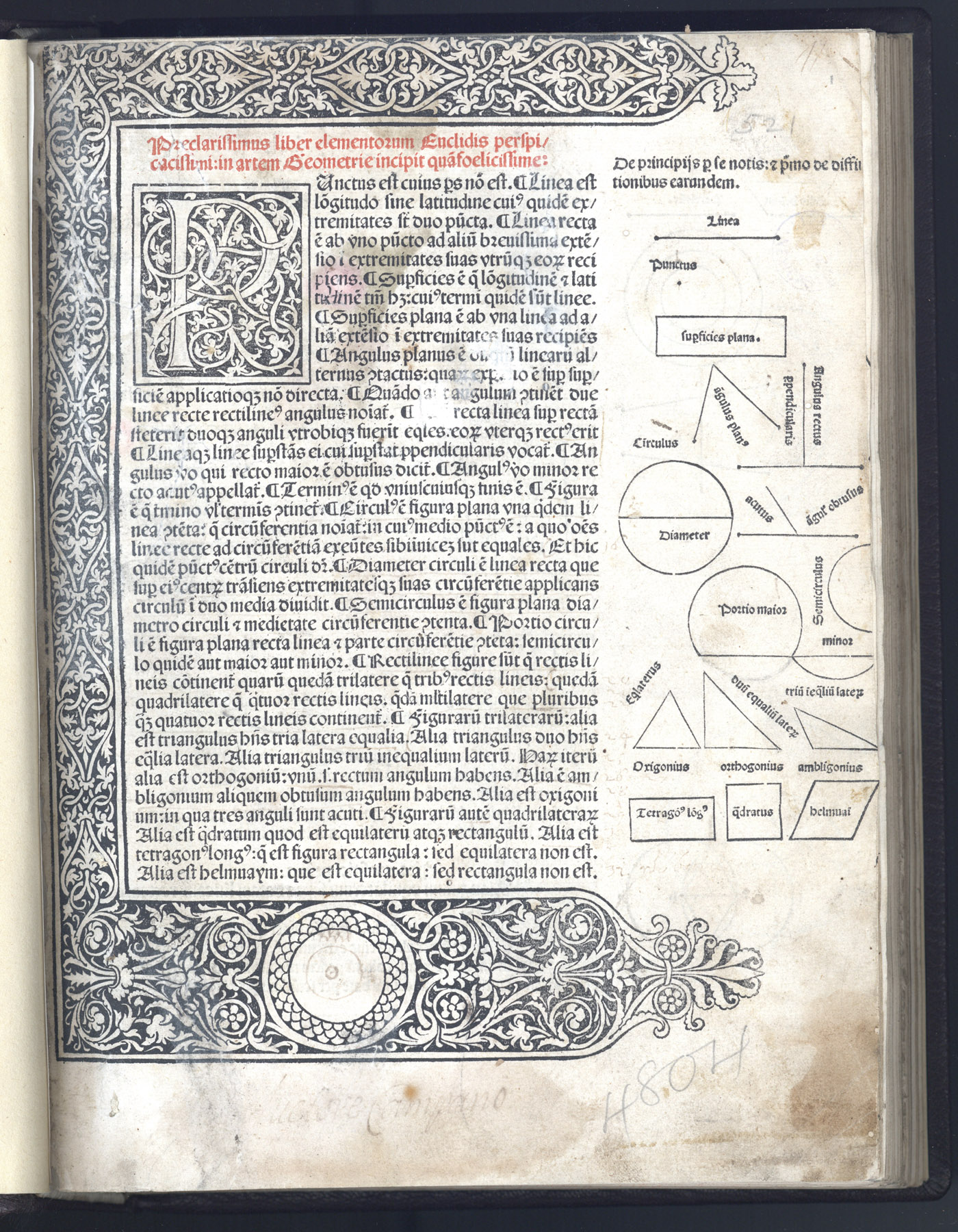 The first printed edition of Euclid’s Elements of Geometry was published in Venice in 1482. During the Fifteenth Century, around 3,500 different works were printed in Venice ,this book is thought to be the first with a known publication date to have contained printed diagrams. The many diagrams illustrate Euclid’s theorems, i.e. true statements of mathematical fact. The printer, Erhard Ratdolt, mainly printed books on mathematics and astronomy. He pioneered decorative title-pages. 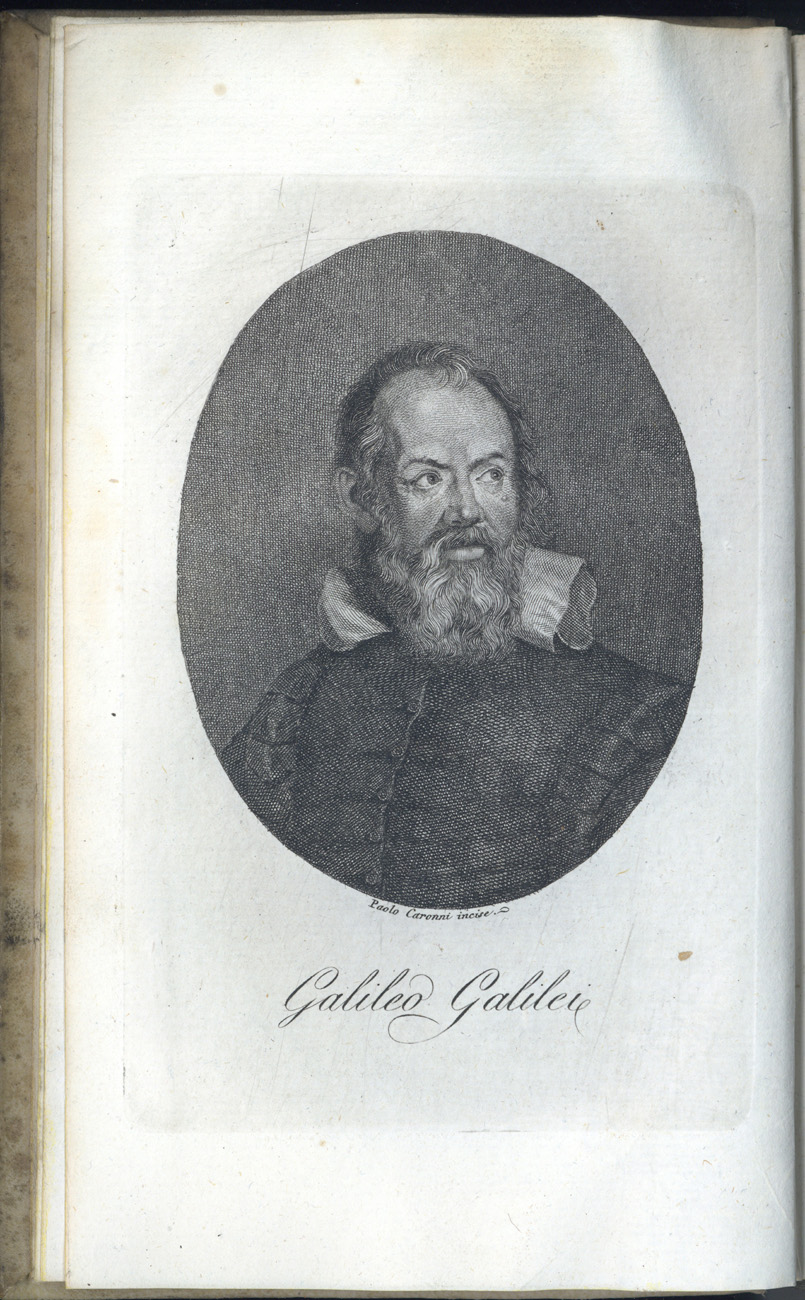 Galileo Galilei (1564-1642) was an Italian physicist, astronomer and philosopher. For his pioneering use of quantitative experiments and mathematical analysis of results, he has been called the ‘father of science’, he has also been called the ‘father of modern physics’ for his work on the motions of bodies and for insisting on mathematical descriptions of the laws of nature. Galileo strongly believed that the only way to understand nature was to bring mathematical knowledge to bear on it, particularly geometry and Euclid’s geometrical proofs. Whilst his applications of mathematics to physics was innovative, Galileo’s methods relied on Eudoxus’ theory of proportion which Euclid had set out in the fifth book of his Elements. 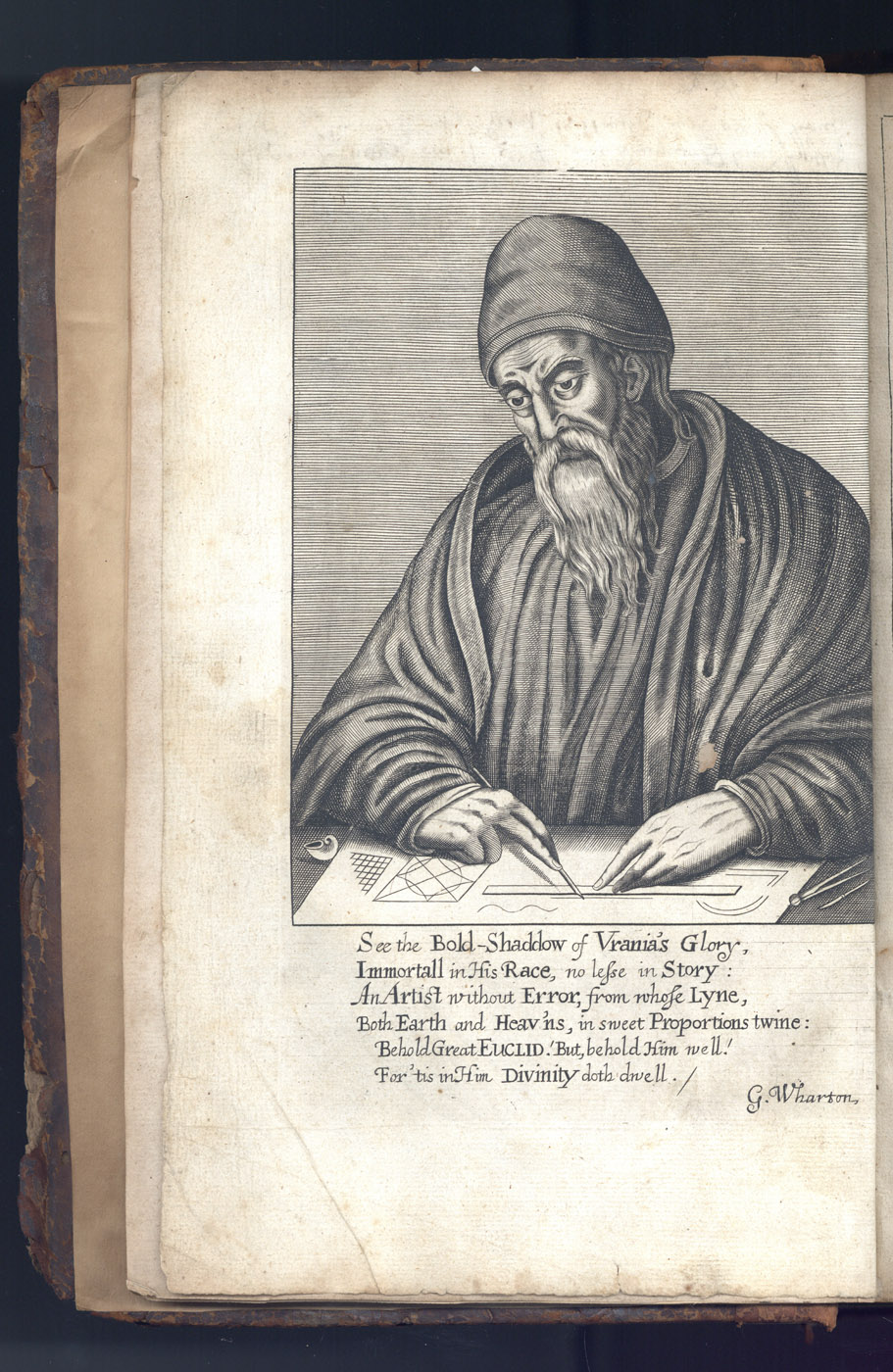 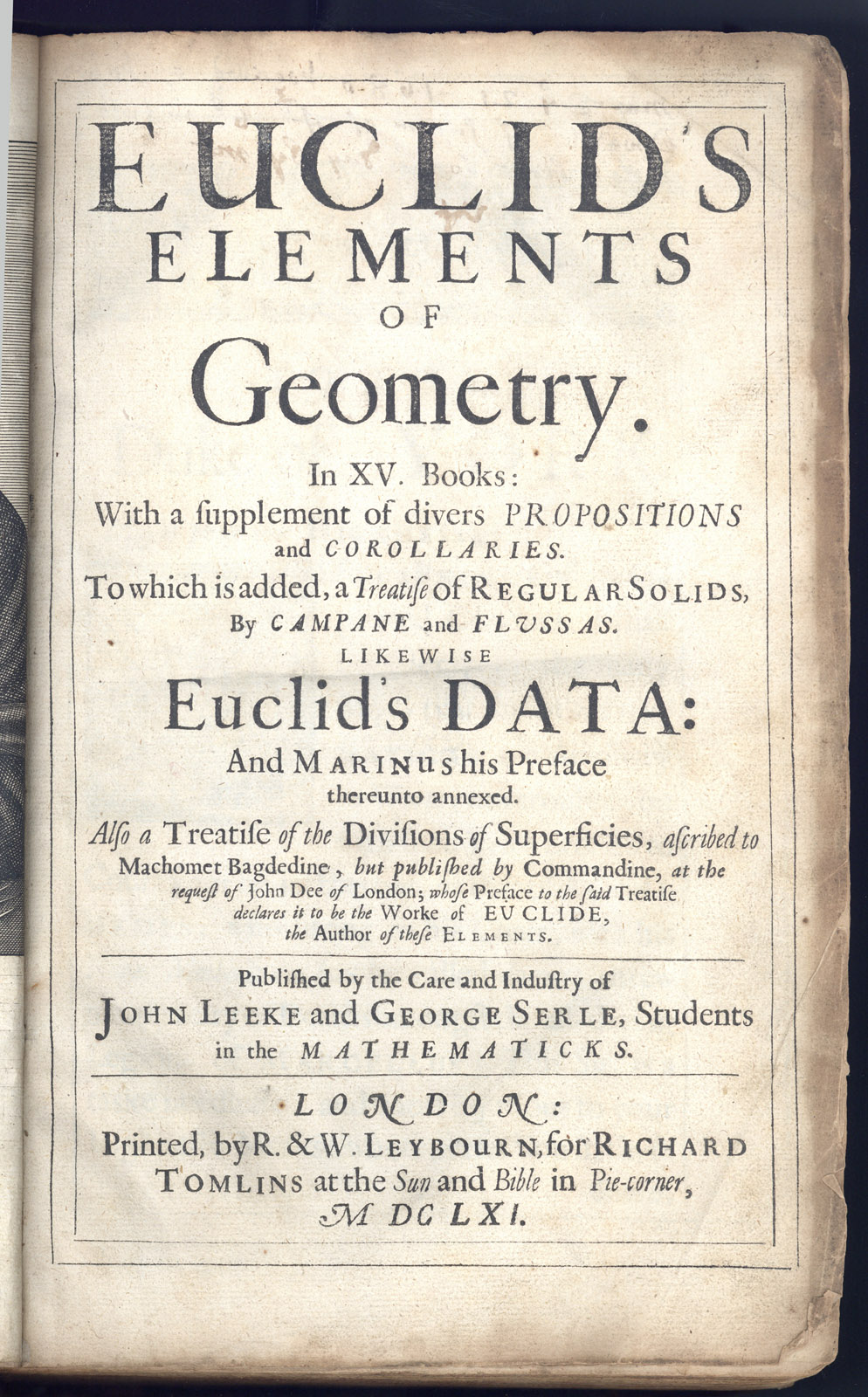 The third complete edition of Euclid’s Elements in English was printed in London, in 1661, by R. and W. Leybourn. It is an important early edition: not only does it include John Dee's preface and ‘Ground-Plat’ (giving a hierarchical structure to the sciences) but also the first printings in English of the ‘Treatise of the Divisions of Superficies’ and of Euclid's ‘Data’. 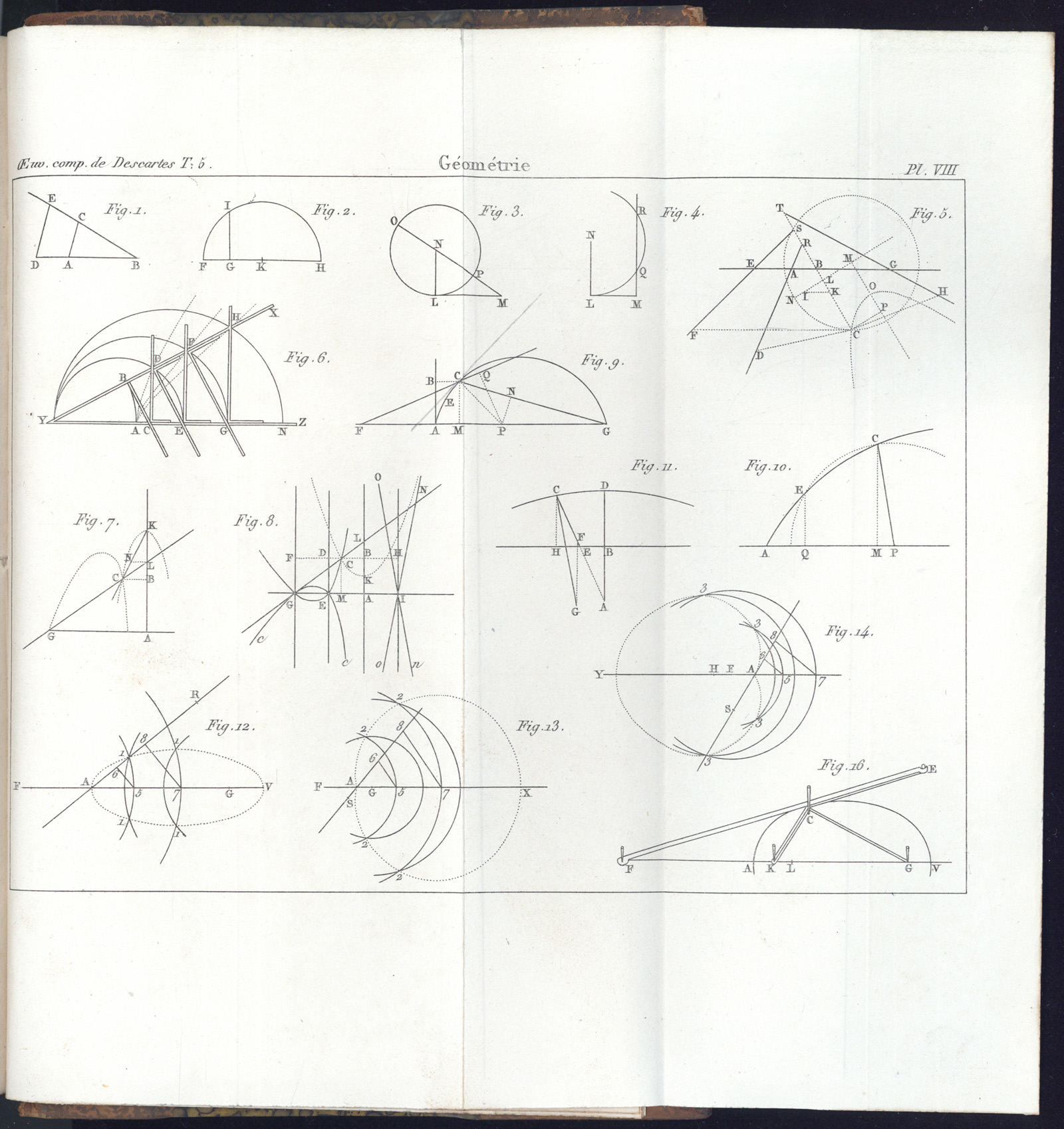 René Descartes (1596-1650) was a French philosopher, scientist and mathematician. He is regarded as one of the fathers of analytic geometry who bridged the gap between algebra and geometry. You can think of Euclid’s Elements as a description of the things you can do with a straight edge and a compass, such as drawing a straight line between any two points or drawing a circular arc. Because of Descartes, we can find formulae for geometric objects such as lines, curves, surfaces, shapes and solids. He developed a coordinate system of two (or three) axes to locate points on a plane. It was a short step from here to the idea of a function and the development of analysis and the full calculus by Isaac Newton (1642-1726/27) and Gottfried Wilhelm Leibniz (1646-1716). 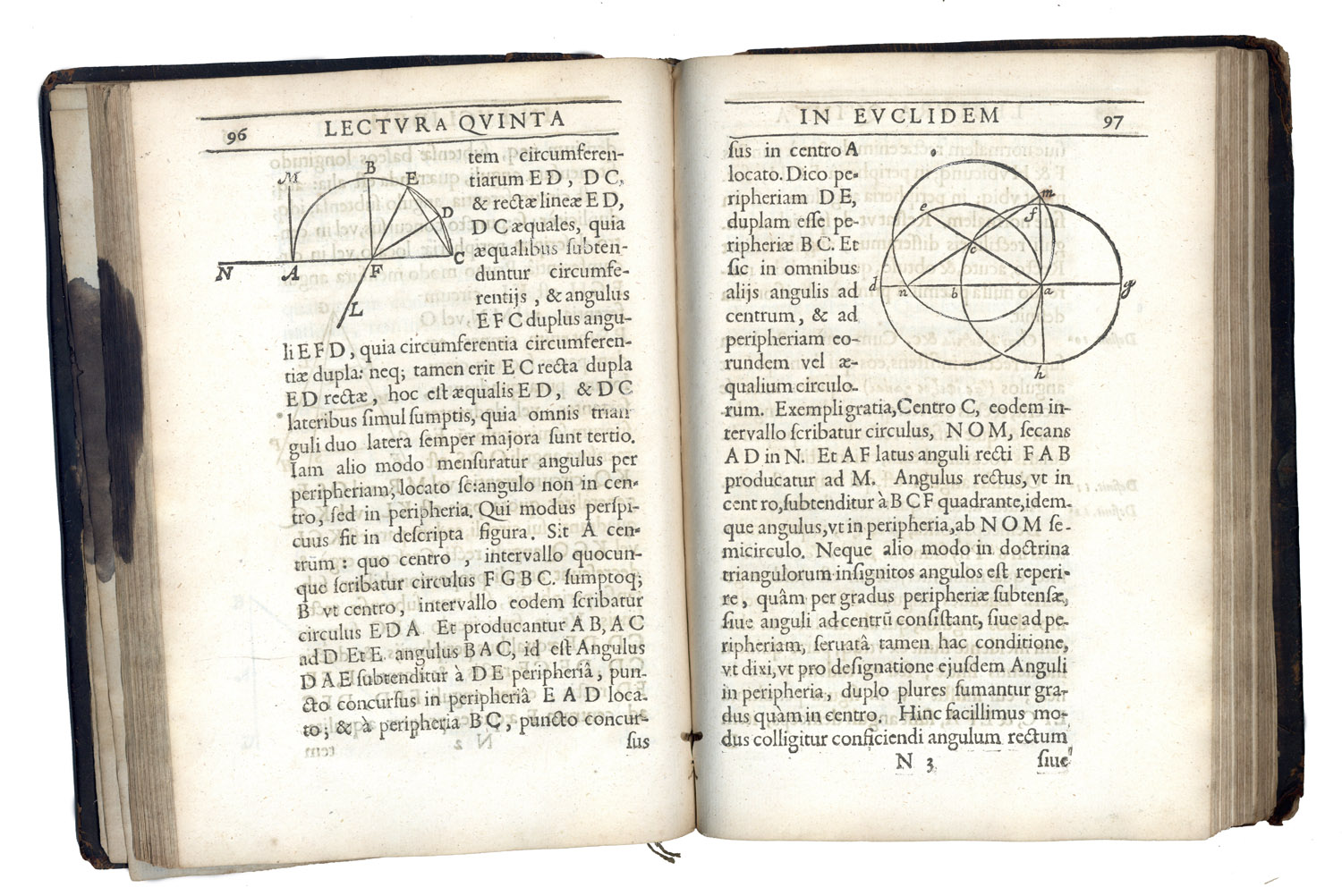 Henry Savile (Warden of Merton College, Oxford) played an important role in the development of mathematics in the late Sixteenth and early Seventeenth Centuries. Of the opinion that maths was neglected, he strived to place maths teaching within a humanist framework. For a long time, the curriculum required all university students to have knowledge of at least part of Euclid’s Elements of Geometry. In 1619, Savile founded two endowed Chairs at Oxford University: the Savilian Chairs of Geometry and Astronomy, to mark this, he delivered a series of lectures in 1620 that served as an introduction to the first book of Euclid’s Elements and to Savile’s method of teaching mathematics. The lectures were well-attended and were published in 1621. 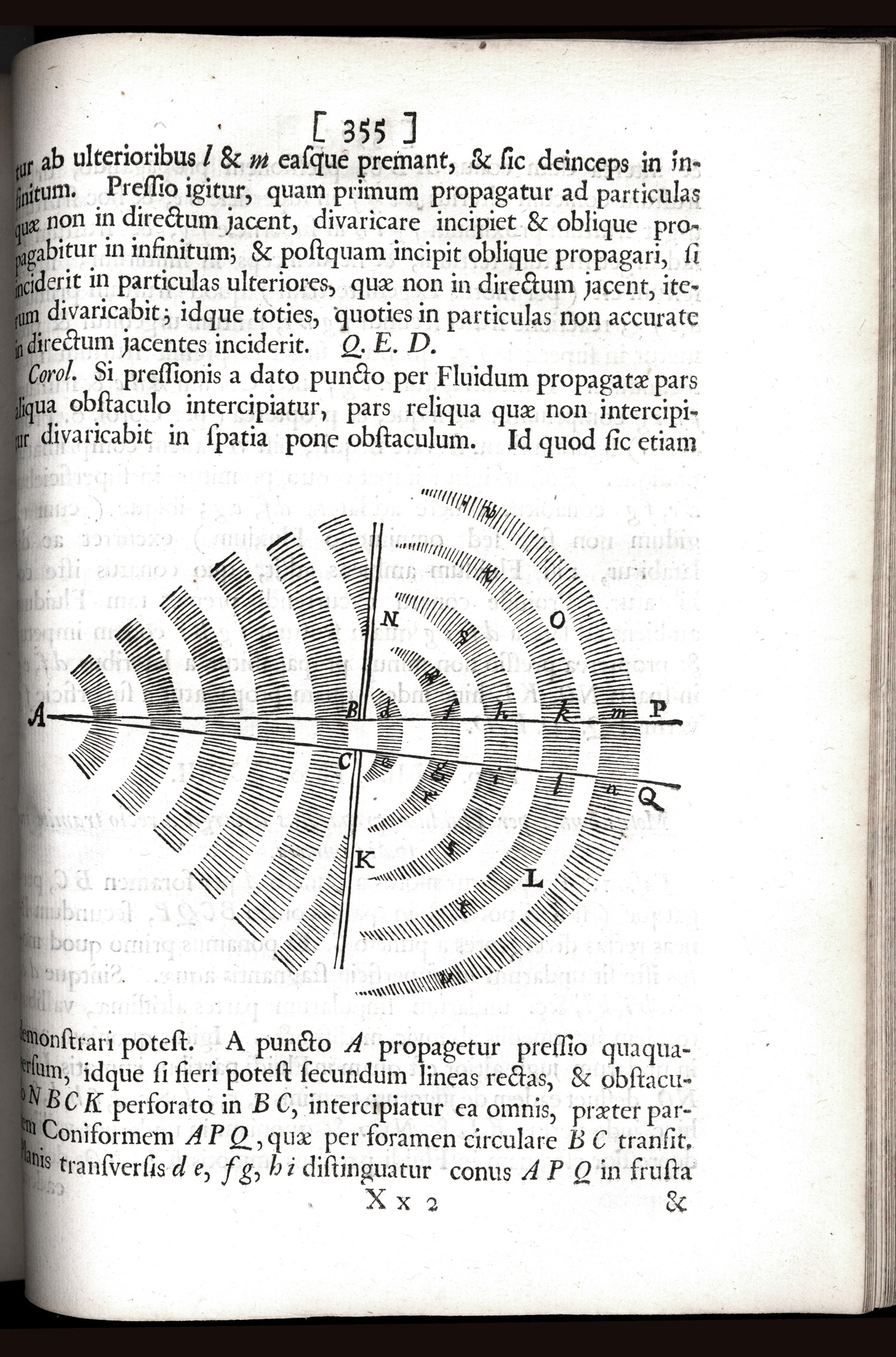 Isaac Newton (1643-1726/27) was an English physicist, mathematician and astronomer. His Mathematical Principles of Natural Philosophy, commonly referred to as the Principia, was first published, in Latin, in 1687. In it, Newton states his law of universal gravitation and laws of motion in three books, setting out his principles of time, force and motion in geometrical form. Axioms are starting points for further reasoning or argument. Euclid came up with a set of axioms. He then deduced propositions, or theorems, from these axioms. In the Principia, Newton applies the axiomatic method to physics: three laws of motion are central to the rest of his analysis. His Principia seemed to be the (Euclid’s) Elements for the physical world. Physical statements took on the appearance of mathematical theorems, perhaps for the first time. 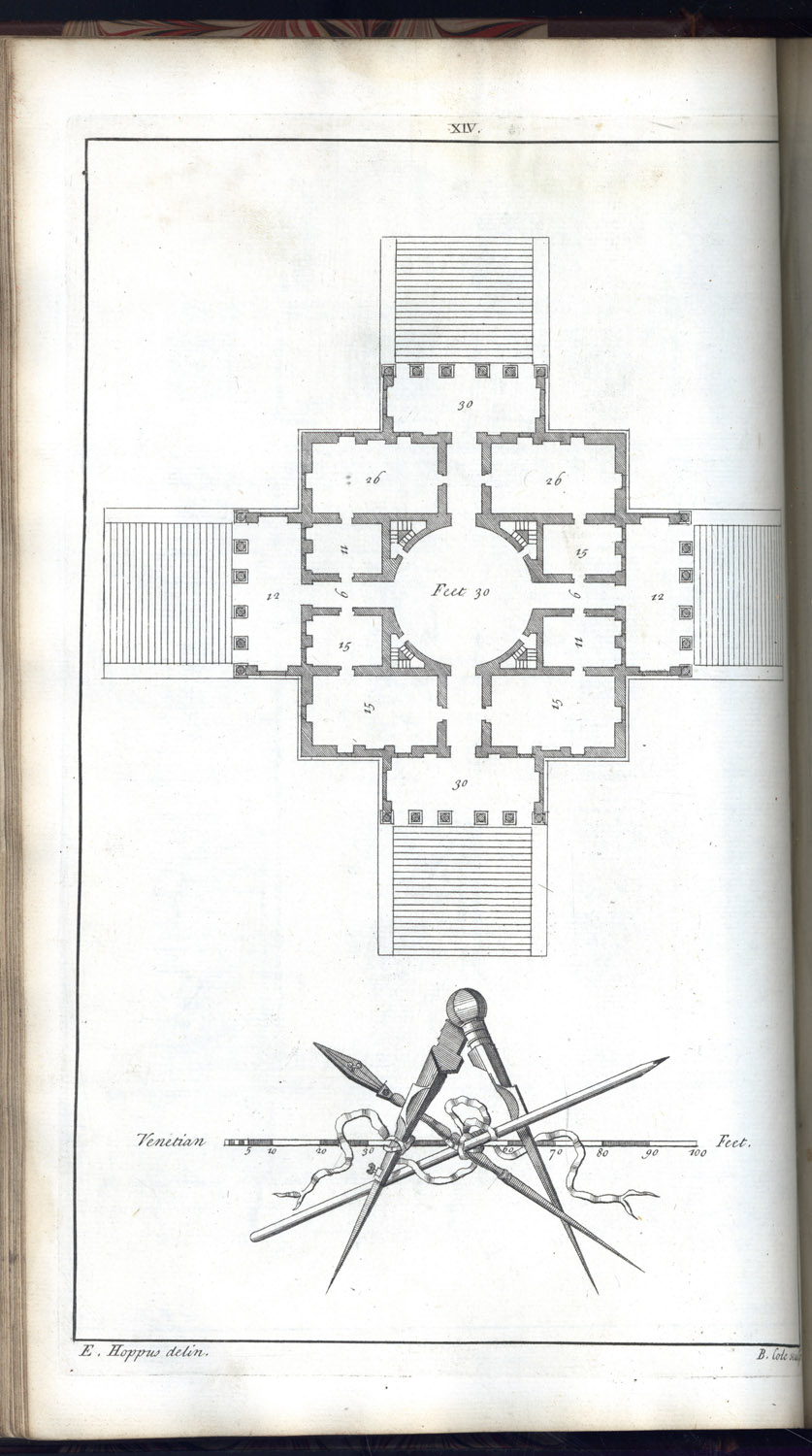 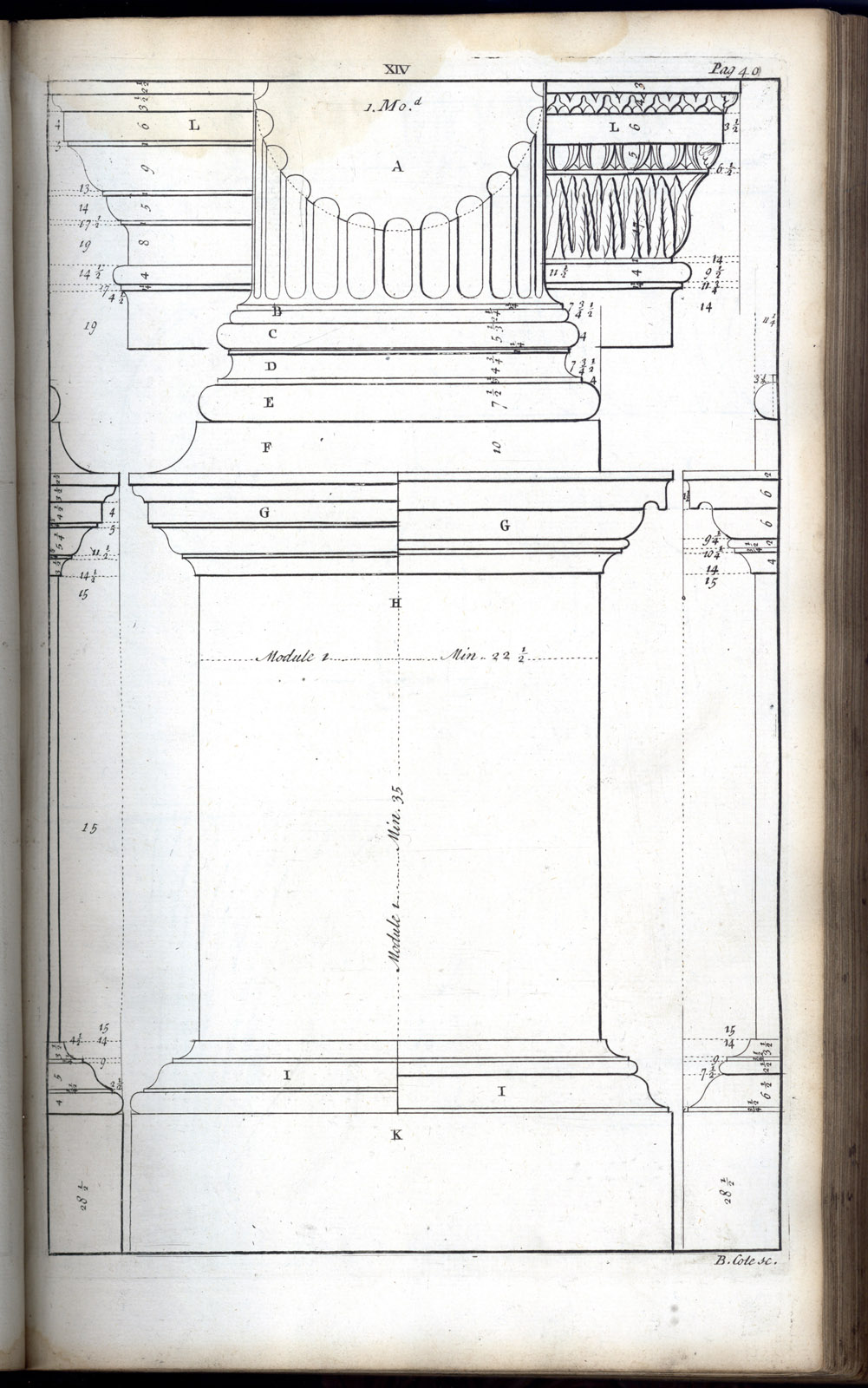 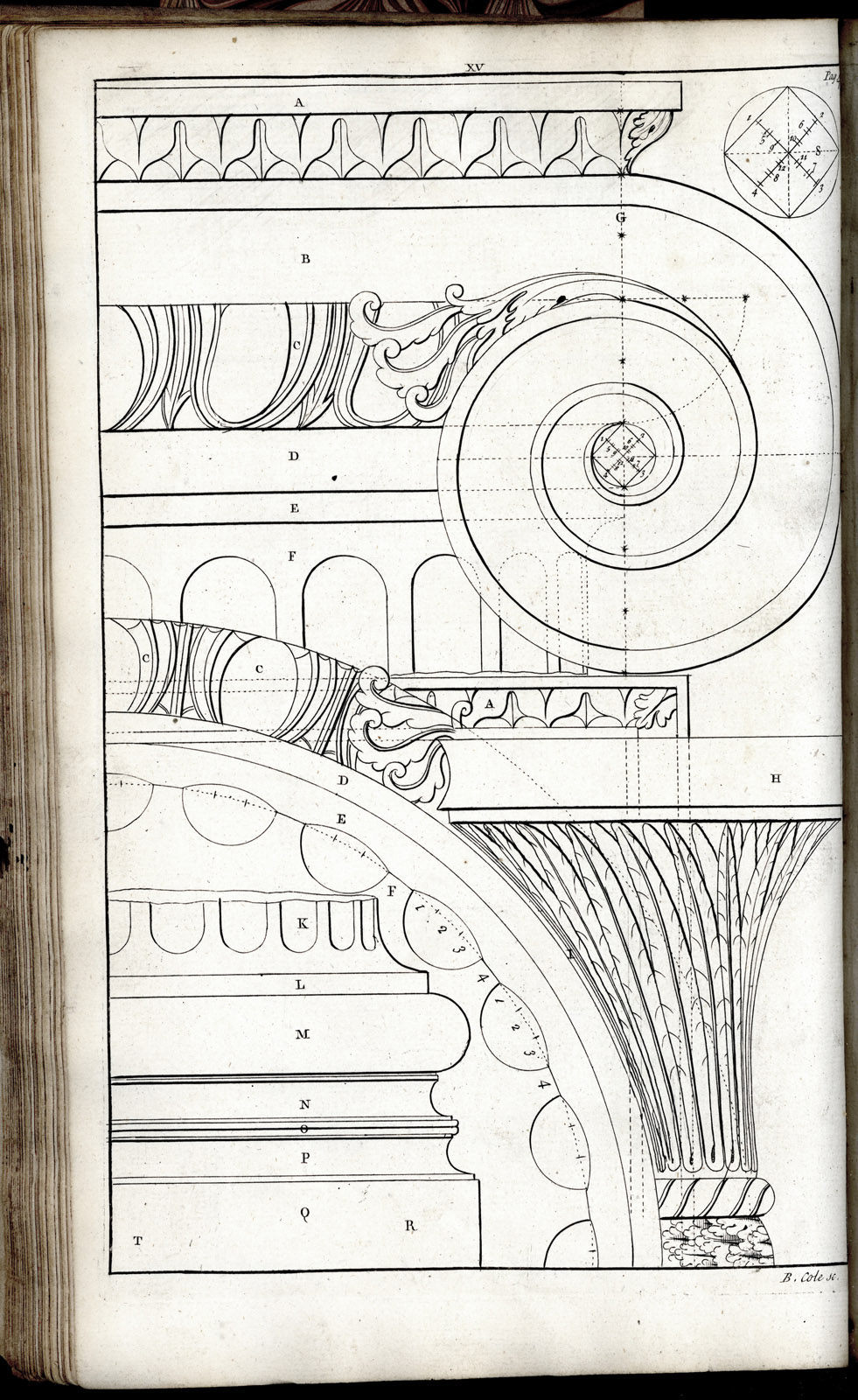 The golden ratio is most commonly represented as the golden rectangle: a rectangle whose side lengths are in the golden ratio. If you remove a square from that rectangle, what remains is another golden rectangle. (You can keep repeating this process.) Then, if you draw an arc in each square, you create a spiral. This spiral is a good approximation of the logarithmic spiral, called the spira mirabilis (the miraculous spiral) by Swiss mathematician Jacob Bernoulli (1655-1705). The golden ratio is expressed in nature: in seed heads; shells; hurricanes; spiral galaxies; and even DNA molecules. The beauty of geometrical points, lines, shapes, figures and spaces appeals to humankind: the harmonious proportions of the golden ratio has been particularly attractive to architects (Andrea Palladio [1508-1580] and Le Corbusier [1887-1965]), artists (Leonardo da Vinci [1452-1519] and Salvador Dali [1904-1989]) and musicians (Claude Debussy [1862-1918] and Erik Satie [1866-1925]).