Agriculture at Newcastle: our heritage 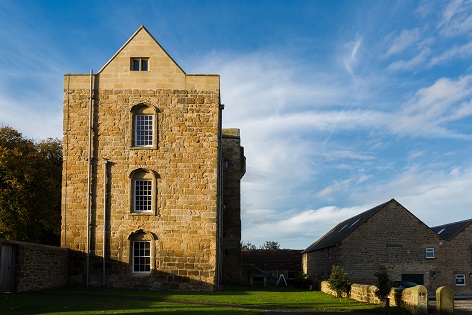 Cockle Park Farm is a 307 hectare mixed farm situated 18miles north of Newcastle. It is owned by the University and is one of two farms we operate. 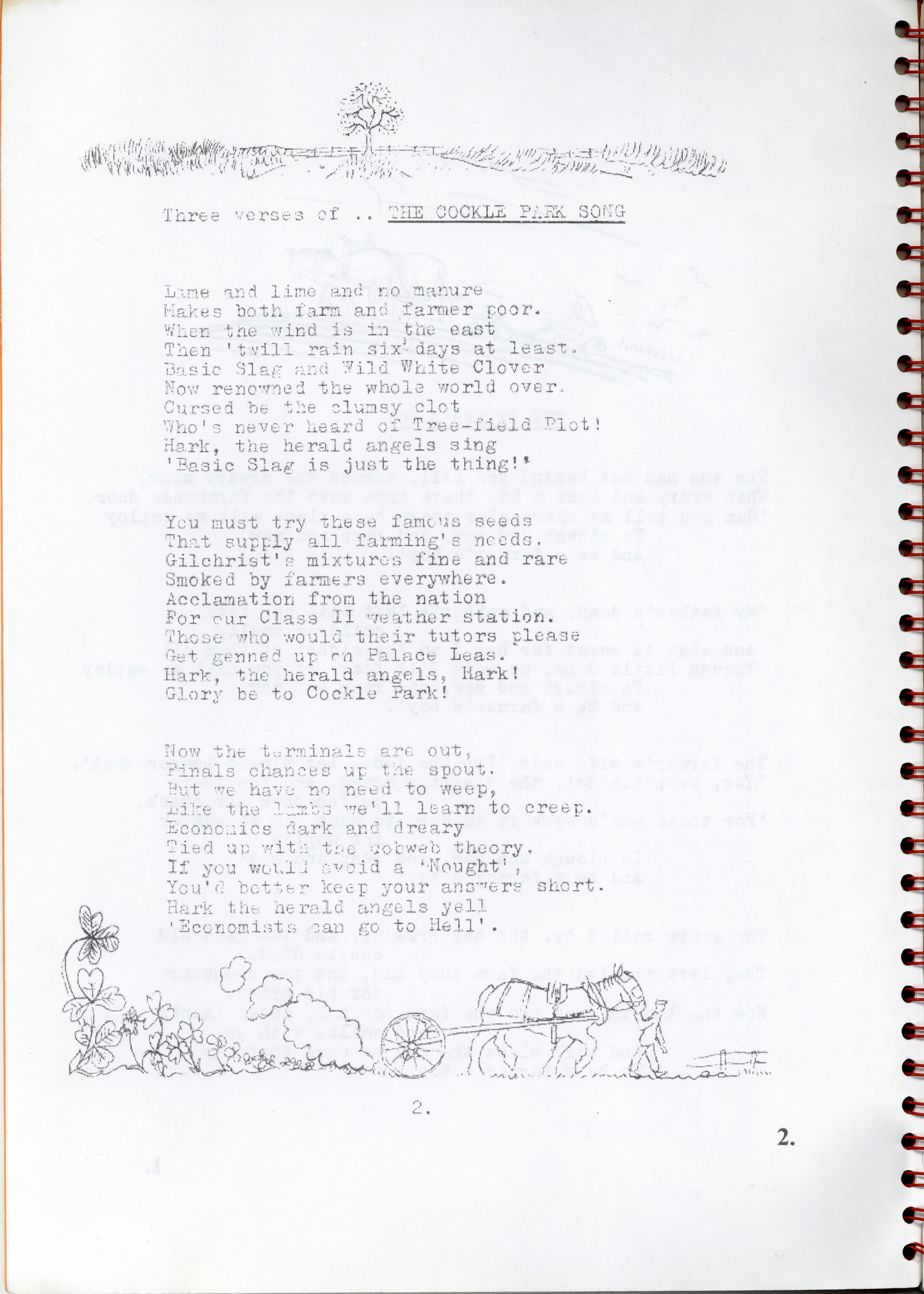 "Lime and lime and no manure"

From "The Agric Song Book" page 2. Please contact lib-specenq@ncl.ac.uk for further details of this item held in University Archives.

Many New Zealanders followed Mac Cooper to work at Cockle Park and I had to do a deal of interpreting for them in the sheep world. This was a multi-stage process from Micks's wonderful broad Northumbrian with very strong burrs into a "posh" Northumbrian with no burr, then into English recognised by a Kiwi. Mick was mystified at their stupidity suggesting they should "git thor lugs weshed oot" and not keep repeating daft questions!

A sheep glosary with translations was a top priority, with these key words:

Extract from University of Newcastle-upon-Tyne Agricultural Society Newsletter (1997) 'An "Agric" at King's College by Clive Dalton (first published in the Northumbriana)' Available in the University Archives. 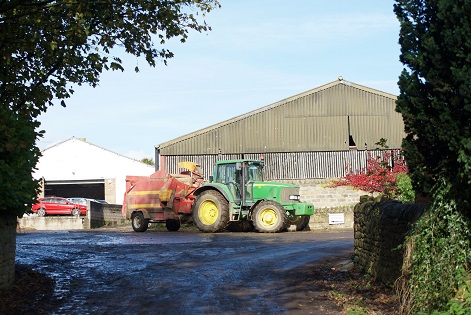 Nafferton Farm‌ is a 498 hectares farm located 12 miles west of Newcastle, near Stocksfield in the Tyne Valley. It's one of two farms operated by the University. Nafferton farm has been rented from the Allendale Estate on a traditional AHA tenancy since July 1944 with a 999-year lease on the land. 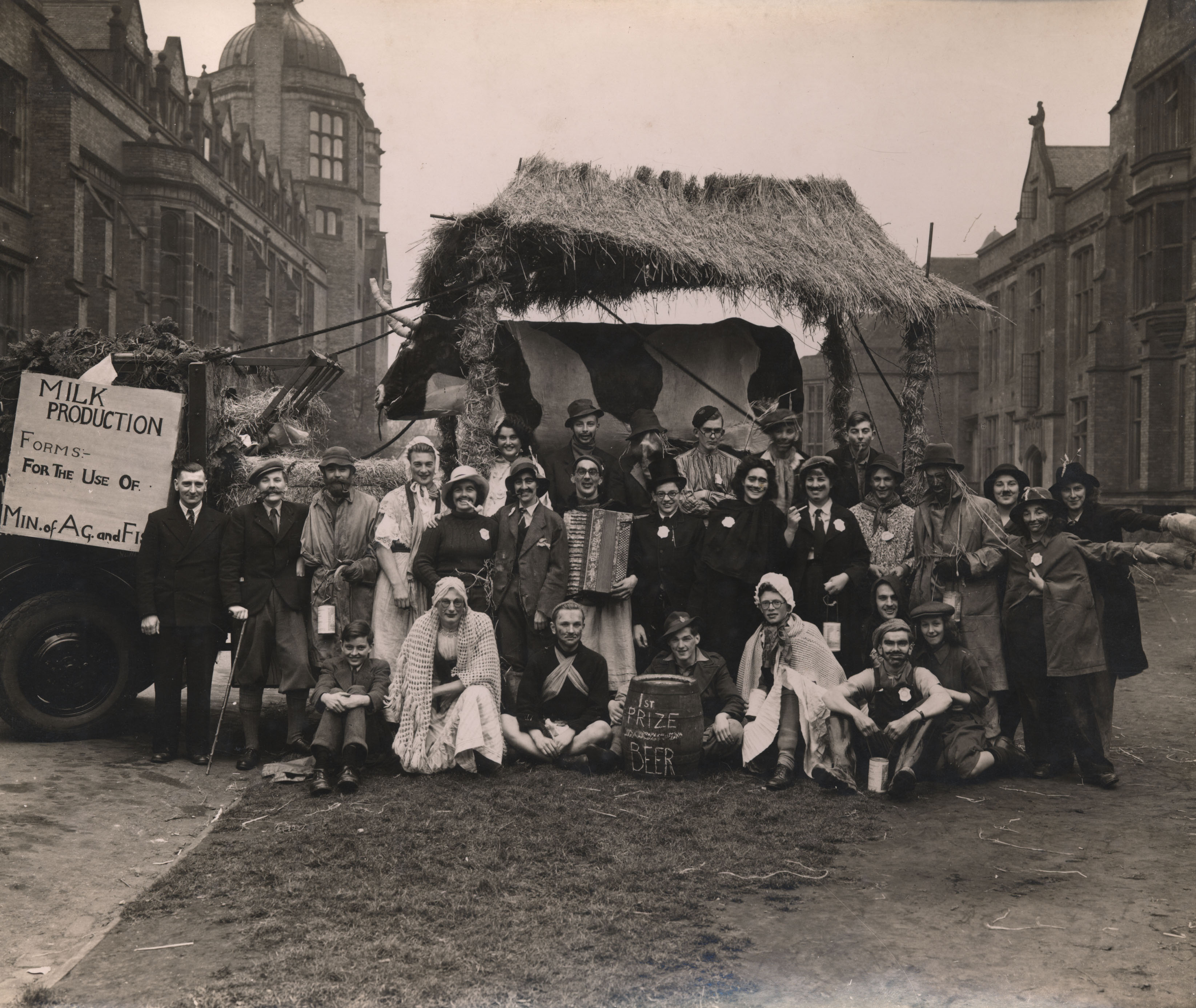 Nafferton Nancy the nationalised cow featured in the Rag parade 1945

Taken in the Quad before all of the fancy planting.  The students are all cross dressed (look closely) and the small boy (child labour) is the lab boy whose position was in the cow poking out via its udder a tin of KLIM dried ration milk at regular intervals. 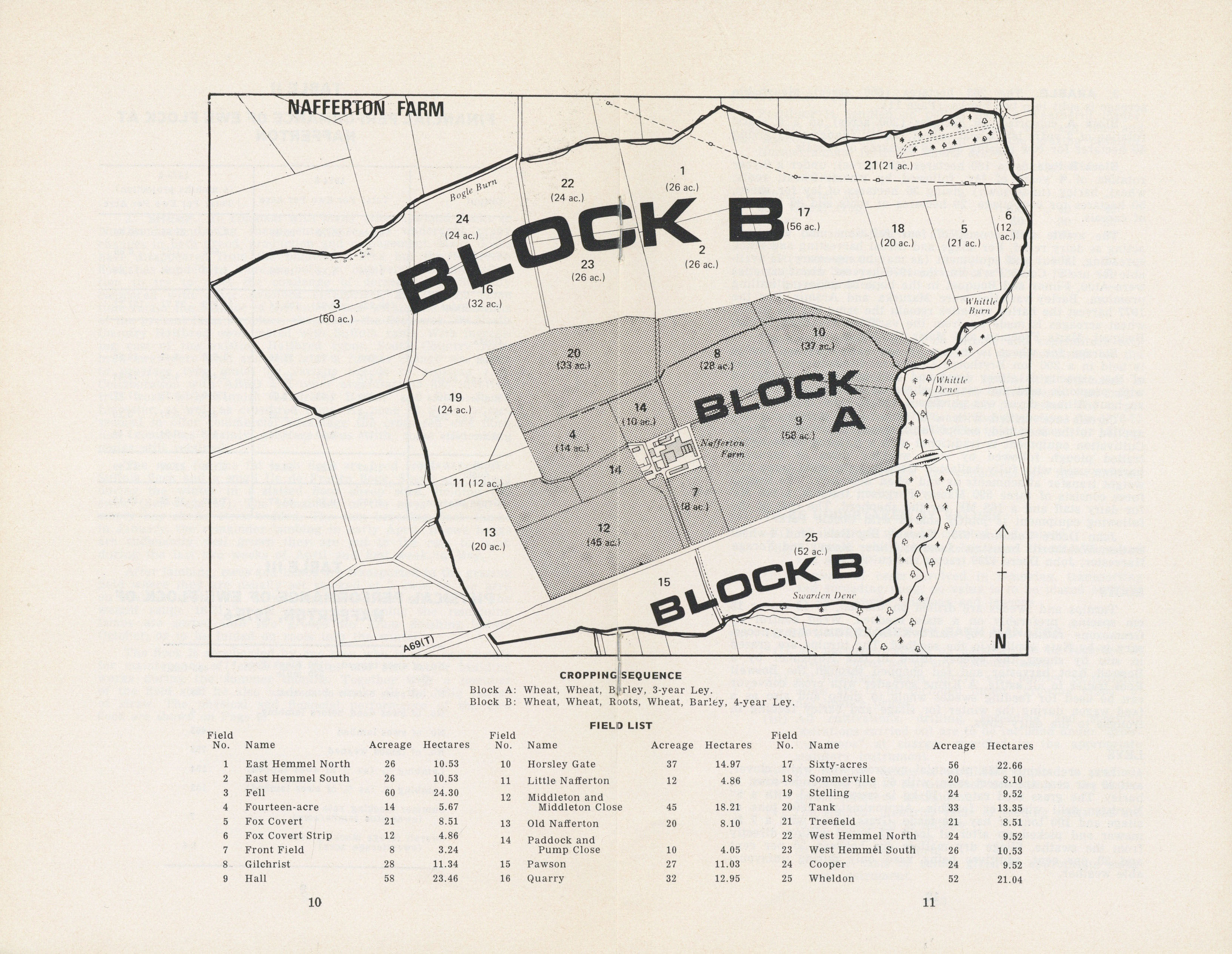