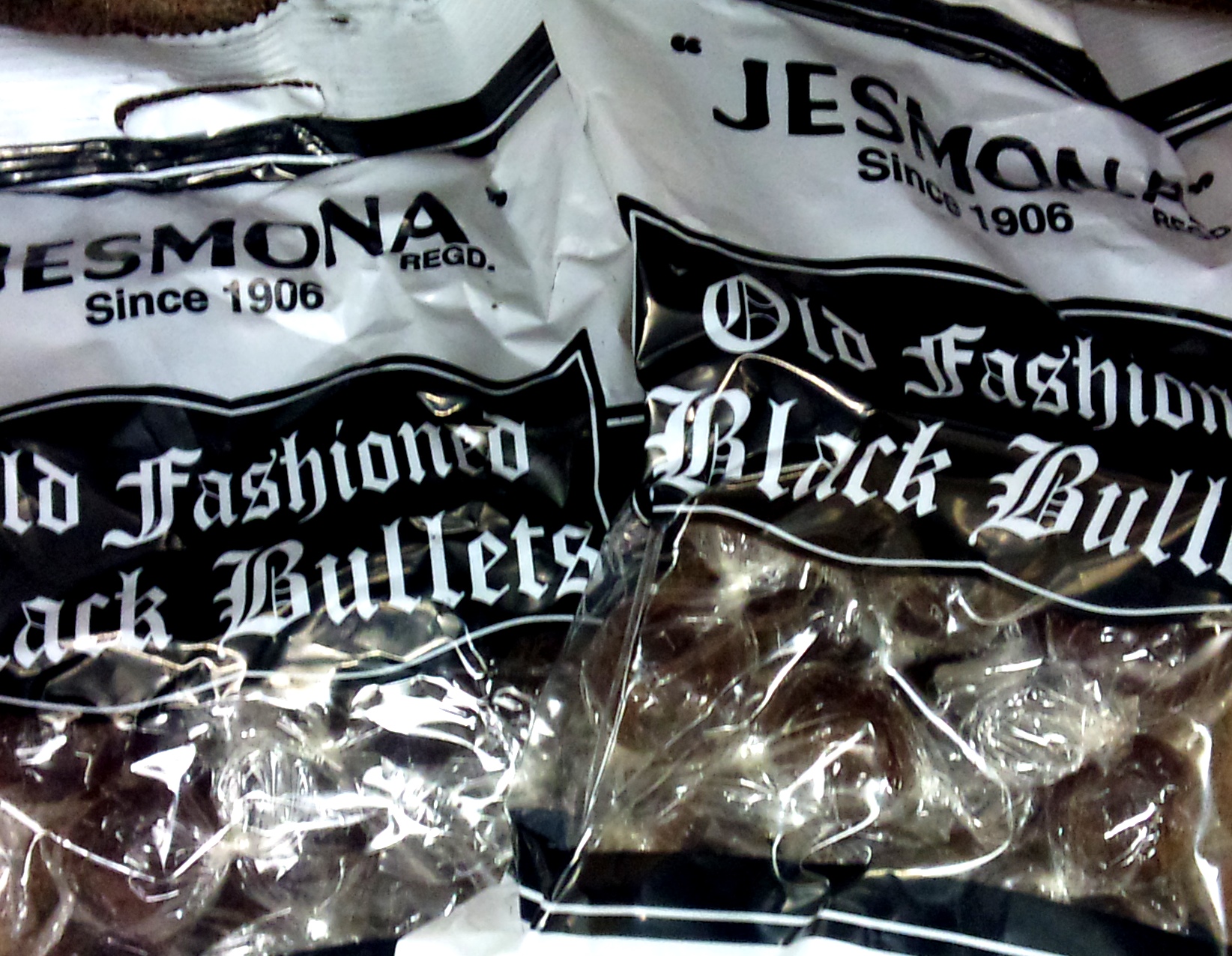 Although bearing 'Maxons Sheffield England' on their tins, Jesmona Black Bullets (other brands are available!) are closely associated with the North East of England not least because 'Bullet' in the Geordie language refers to a boiled sweet & it is believed that Jesmona refers to Jesmond.

The singin' hinny was so called as, when the butter and the cream melted during the baking, it sizzled on the hot gridle and was thought to be singing. An old tale is told of how this large tea-time scone first became known as a singin' hinny. A North Country housewife was baking this scone for tea and on repeatedly being asked by her children if it was ready to eat, her final reply was "No, it's just singing, hinnies". (Hinnies a Geordie term of endearment for children and loved ones)

Pease pudding mainly consists of split peas, water, salt, and spices, and is often cooked with a bacon or ham joint. It is typically thick and light yellow in colour, with a mild taste. Pease pudding was traditionally produced in England, especially in the industrial North East. It is often served with ham or bacon and stotties.

475g (about a one pound pack) split Peas

Newcastle Brown Ale or 'Newkie Brown' (if you're not a local - Geordies never call it that) was created by Lt. Colonel James Herbert Porter in 1925 and has become an iconic brand not only in the North East but across the world.  The recognisable blue star on the logo represented the five original companies who formed Newcastle Breweries.

Newcastle Brown Ale went into production on Tyneside in 1927 with production moving across the River Tyne to Gateshead in 2005.  In 2000 it earned European Union's Protection of Geographical Indications (PGI) status however ths was later canceled as production later moved to North Yorkshire in 2010.

A Stottie cake or stotty is a type of bread produced in North East England. It is a flat and round loaf, with an indent in the middle produced by the baker.  The heavy texture of the bread gives the Stotty it's name as 'to stott' means 'to bounce' in Geordie because if dropped, the bread (in theory) would bounce.

This is where the recipe differs from 'normal' bread. Sufficient is cut after the dough has had its first rising. Roll out to about ½" thick and 6" to 8" diameter. Prick all over with a fork and bake on a floured tray on the bottom of the oven (this is important) for about 25 to 30 minutes on gas mark 8, 450F.